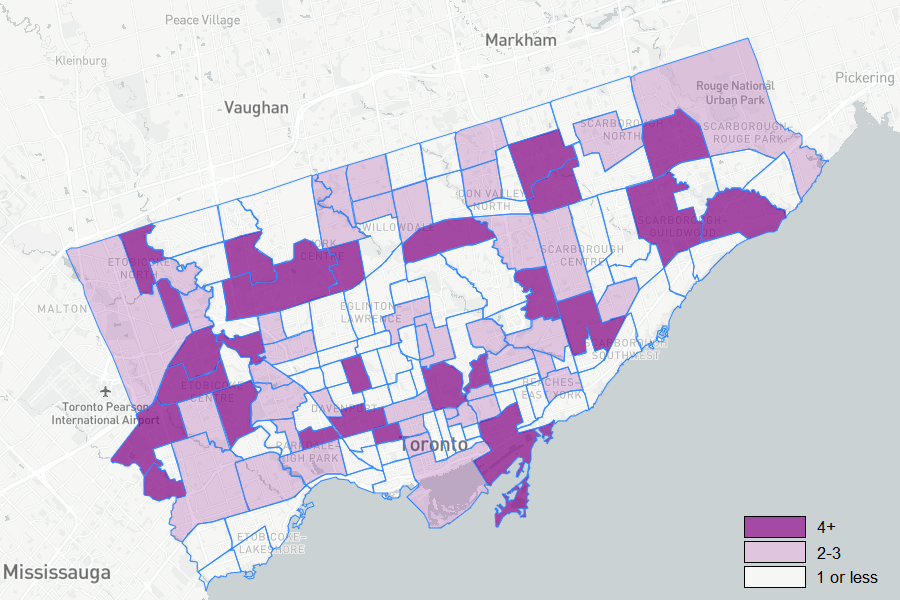 TDSB is collecting and regularly updating information about confirmed COVID-19 cases among its staff and students. At Hausworth, we analyze the data on a weekly basis to identify trends and geographic distribution of cases in the city.


This week we saw another pick up in the number of active cases versus a comparative slow down the week before, with the total active cases jumping by almost 70 to 466. This is the biggest weekly jump in cases so far this school year.

Also, by far the highest number of new schools reported their first active case this week – 30 schools! - vs only 12 last week:

Up until today, cases have been reported in 122 out of 140 Toronto neighbourhoods and remained active in 110 of those (vs 104 a week ago).

NOTE: If you’re interested in the cases reported over the course of the 2020-2021 school year, you can view numbers for each of the schools here.

Based on the total cases up until December 10th, below are 10 Toronto neighbourhoods with the most confirmed cases among students and staff (with the breakdown by school).

Active cases this week by neighbourhood looked like this:

And below is the complete list of all neighbourhoods where schools reported confirmed cases since the beginning of the school year: